Is Your Office Space a $5 Latte? 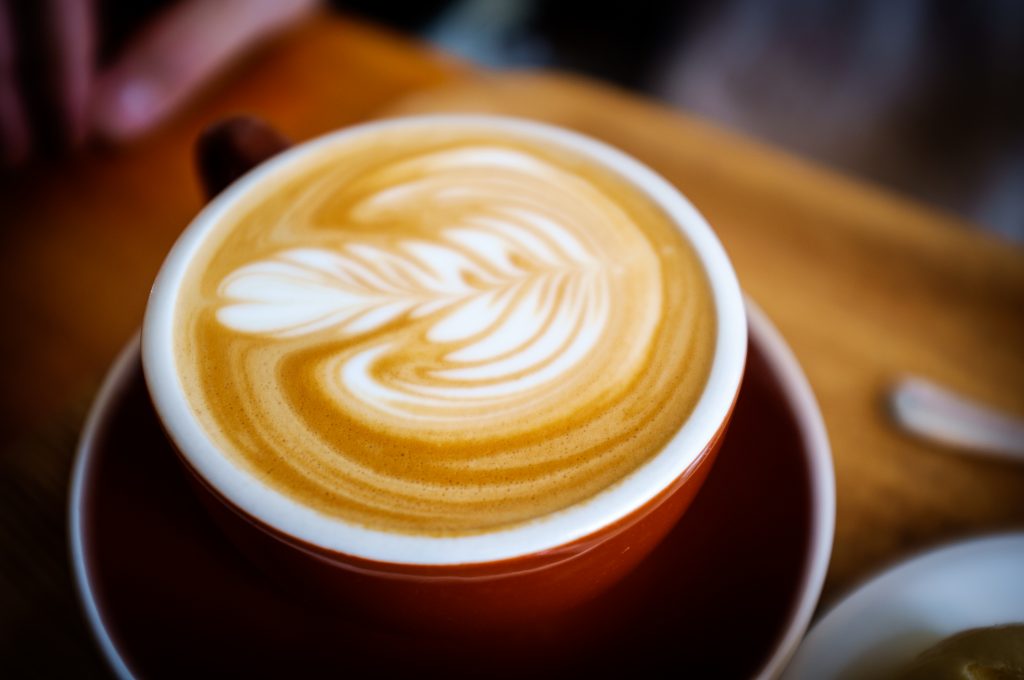 This past weekend, I had a conversation with an old friend who– to put it lightly – is a big fan of lattes. He told me that he starts every day with a latte.  He loves the smell, the ritual, and of course, the caffeine hit. He recognized that buying a daily latte was kind of an indulgence, but reasoned he worked hard, and it just didn’t seem like that big of a deal to swipe his card for a little under $5 to start the day off with a boost. He acknowledged that the habit grew: it used to be some days, then it was workdays…  But, he confessed, it was now most days, and his wife did the same thing. A couple of years ago, they naively decided to do the math. As I said, his cost was just about $5/cup – and hers was about the same.  The math wasn’t very difficult; if we assume they drink on average twelve lattes a week, they were spending $60/week, or $3,120/year.  Yes, $3,120 for frothy flavored coffee and milk.

Doing the math floored him because it wasn’t just one year; it was every year.  Despite his protests to his accountant, his latte habit was clearly not a deductible business expense either. One day, he stopped and asked himself the question: if, before they did this math, he was offered “all the coffee we wanted” for $3,000 a year, he would have stated immediately, “No thanks. That’s crazy.”  But that’s precisely what they were paying for the luxury and flexibility of having someone else make the coffee and buying it whenever they wanted.  And, absent a quick change, momentum dictated that he would spend another $3,000+ per year in perpetuity.

He started researching espresso makers and almost immediately plunked down about $1,300 for a great one.  He then bought 100 paper cups with sleeves and lids – virtually identical to his store-bought cup – and bought some milk and espresso beans.  He and his wife now start every morning with a latte (and often sneak another one in later!) for the low, low price – all-in – of about $.80/cup.  At a savings of $4.20/cup, they will pay off the espresso machine in just over 300 lattes – or about a half a year.  Yes, they are sacrificing some convenience, and they have to deal with supplies, cleaning, and maintenance; but he has kept the essentials of his habit intact, and now walks by his old coffee shop feeling like he won.

How do lattes relate to office space, you may ask?  They relate to shared office space.  In just a little over a decade, the shared office space/co-working phenomenon has revolutionized the way people work.  There is a true “generational shift” going on.  To wit, more than 1.7 million people will work in co-working spaces by the end of 2018, according to the Global Coworking Survey, and a staggering 29 percent of co-working spaces were opened over the last year.  For WeWork alone, a giant, but just one of the players in this sector…

There’s clearly something going on here that goes beyond “market trend,” and that something is an enticing combination of luxury and flexibility.

As to luxury, if you haven’t visited these spaces, they are the epitome of hip – if hip is still hip. They are beautifully appointed (typically with a very modern look and feel), meticulously maintained, and offer amenities that would come at only the nicest (and most millennial-staffed and themed) companies.  Coffee, snacks, and beer are free flowing (with some recent limitations for New Yorkers who couldn’t handle it). The vibe, while different from place to place, is extremely modern, relaxed, and casual, with a focus on premium technology and modular furniture that seems to foster the teamwork and collaboration essential in today’s workplace.

As to flexibility, this is billed as the highest value offered in the co-working sector – and in some cases, the justification for what can be an extremely costly expense. Co-working spaces almost uniformly offer month-to-month leases for single desks and 6, 9, or 12-month leases for more private office suites. As to size, so long as you’re growing, most coworking spaces will gladly allow you to tear up one agreement in exchange for a new commitment on a larger one. You generally get exclusive use of your suite, use of conference rooms, training rooms, and technology rooms (for x hours or with an added cost), and an unlimited use of the common areas. You pay a setup fee, but they generally take care of furniture procurement, setup, and all the basics to get a company up and running. There’s a receptionist at the door, a phone system in place, and you can print your documents on day 1 – even if there is a strong chance that your neighbor will frown upon you for not being fully paperless yet…

Wait a minute, you say: I thought renting costs more than coworking! Well, in the case of an individual desk or even a few, that can absolutely be true. However, as your company grows to include more than a half dozen or so employees, you may find that it makes more sense, at least from a financial perspective, to rent your own space. As we did with the lattes, let’s look at the math.  For our illustration, let’s use a 12-person company looking to open up in either a co-working space or a traditional office.

Based on current proposals, the local coworking options for a private office (with very little in the way of elbow room) are about $600 per desk, per month – so we’ll call it $7,200/month for a 12-person office.  The office is about 600 SF.  Looking at this based on traditional metrics, the company would be paying an annual rental rate of $144/SF – in a market where the average rental rate is $28/SF.  But is that a fair comparison?

Probably not completely. If you were to rent the space yourself, you’d probably need to include extra space to replace the “as needed” space you had in the coworking environment. You’d need additional furniture, fixtures, and equipment to operate independently. You’d need to pay for your own internet and utilities, and you would likely need to contract with third parties for some of the services that were provided by the coworking staff. But even if you needed three times the space, 1,800 SF, you’d still be paying roughly 30% less to have your own space.

Using reasonable assumptions for square footage, rent and market concession packages, the difference between a 600 SF WeWork Suite and an 1,800 SF “Class A” direct lease is nearly $50,000/year. Further, as the number of employees increases, the annual savings increases (at least) proportionately, and the savings can be compelling.  This is especially noteworthy because many companies start in a shared-space environment to get up and running – and then renew because, well, momentum.  As a result, what started out as a flexible cost-saving mechanism for 3-4 people can quickly become an extremely expensive indulgence for 30-40.

Whether a co-working space or traditional office lease is best for you and your business depends on a lot of things: the environment you want to foster, the intricacies of your operation, your available capital and opportunity cost, and your ability to predict your space needs with sufficient certainty.  As WeWork’s monstrous growth demonstrates, many see enough value in co-working culture and flexibility that they are willing to pay a premium over what a private office of similar size might cost.  But paying an additional expense for flexibility may be unnecessary or something a company – especially a young company – can ill afford.  This expense exacerbates with each additional employee, and there is clearly a tipping point somewhere.  It’s very easy to just keep paying for luxury and flexibility, and momentum is a very strong force… but so is math. Is it time to start looking at espresso machines?