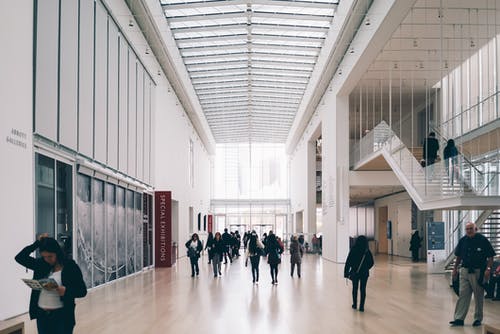 Many landlords are scrambling to fill their current office vacancies before a mounting and sustained wave of excess space starts to come back to them in the coming months and years.  This mad dash by landlords trying to get ahead of the curve is providing area tenants with opportunities to strike deals on their office leases not seen since the Great Recession.

Want a sense of how proactive some landlords are getting?  On a recent assignment for a medium sized office user, we solicited proposals from six Center City landlords. Within 10 days we received proposals from 14 landlords. Eight landlords who weren’t even under consideration submitted unsolicited (and very aggressive) proposals.

Immediately prior to the pandemic, we had about 13.75M SF of Class A and Class B vacancy in Center City and the surrounding suburbs (about 14%).  Today, that number is close to 18.75M SF (about 19%).  There is a lot more empty space in the market today than there was two years ago.  The remote and virtual work arrangements initially imposed upon us by COVID-19 are here to stay in some shape or form and are enabling many businesses to dramatically reduce their physical footprints.  But reported vacancy is only part of the story.

Office leasing is a relatively long-term game with tenants typically committing to space for five years or more.  Thus, if a company leased 30,000sf for 10 years but six years into its lease it finds that it only really needs 18,000sf, it still must pay for the 12,000sf of excess space for another four years.  In other words, the vacancy statistics you read about are understated because a lot of people are paying for space they no longer need and will eventually shed when their leases expire.

There is a lot of this “shadow vacancy” in the market right now as evidenced by the historically high inventory of space being offered by tenants for sublease (approximately 2.2M SF in Center City and the surrounding suburbs as compared to only 850,000sf right before the pandemic).  This is a material increase, but it understates the full shadow vacancy problem. Most excess space never gets offered for sublet because there is not enough lease term remaining to attract a user, the space cannot be easily split off from the tenant’s other space or the tenant doesn’t want to go through the cost or hassle of demising and marketing the space.

Landlords are very aware of this troubling space reduction trend.  They know that current office supply will continue to exceed demand absent a material influx of new jobs in the region.  They realize that they are in a high stakes game of hot potato and don’t want to be the one holding the vacancy (or at least a disproportionate percentage of it) when the music stops.  When supply outstrips demand, prices generally drop so there is pressure on many landlords to cut deals before that really starts to happen.

The great opportunities for tenants today can be found in the buildings experiencing substantial vacancies as well as those buildings with vacancies or imminent vacancies that directly compete with them.   For example, about 850,000sf of availability is currently concentrated in two office buildings in Center City.  Those buildings need to be aggressive to fill that empty space and the landlords of comparable nearby buildings will need to be competitive to win tenants’ business.

As large tenants are downsizing or leaving buildings, landlords need to assess how long it will take to re-tenant these large blocks of vacated space and how aggressive they are willing to get to accelerate that process.  With tenants generally taking less space and lots more options for tenants to consider, it will generally take longer to fill up these spaces absent a compelling economic deal.

Despite the foregoing statistics and trends, the fact is, not every landlord is panicking or in bad shape.  For example, most of the Center City trophy buildings and top tier suburban buildings remain well leased and continue to command premium rents. Likewise, some landlords have been successful in repurposing their office and flex buildings into life science or warehouse/distribution centers which are in very high demand today.  Some submarkets like University City are so tight that some tenants are having to wait 18 months for new space to become available.  In sum, while there are clearly opportunities for some great deals, tenants need to understand that not everything landlord is having a fire sale.

Even where stress exists, some landlords may not have the flexibility to get very aggressive given their ownership structure or financing arrangement.  In the past, many office buildings were owned by long term holders such as life insurance companies and wealthy families.  Because they had no immediate plans to sell their assets and were not as focused on current valuation, they had the luxury of being able to drop their rental rates to attract tenants when material vacancies presented themselves.  However, many of today’s owners of commercial office buildings are REITs who must regularly report their numbers, or private equity investors who have relatively short-term time horizons. Dropping their rates too much will forfeit any potential for them to generate their necessary returns and earn their desired promotes.

As companies start to focus on their real estate after almost two years of pandemic paralysis, many will be welcomed by nervous landlords with open arms.  Faced with mounting vacancies and a future of declining space consumption, many landlords are motivated to fill holes in their tenant rosters as soon as possible.  However, to secure the best terms, tenants will need to find the true soft spots in the market and navigate the unique circumstances of each landlord.