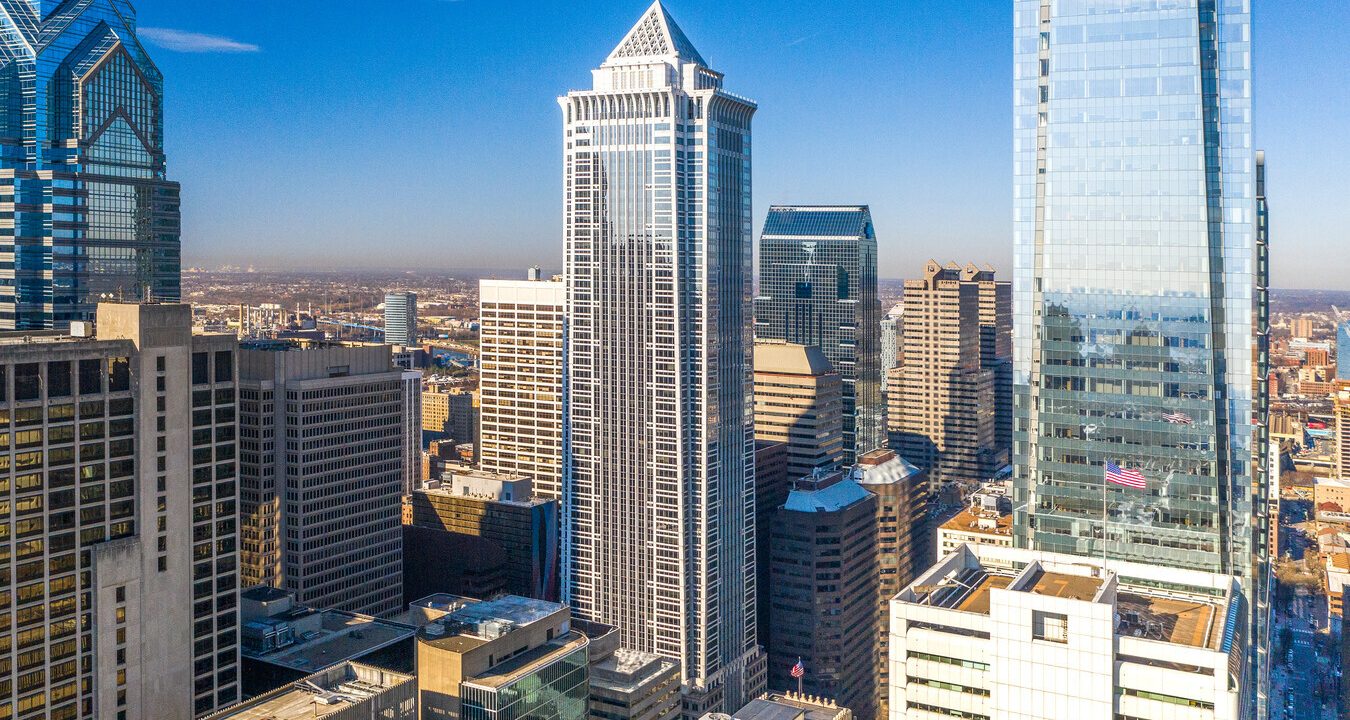 The pending sale of BNY Mellon Center is music to the ears of many Center City building owners.  It wasn’t all that long ago that trophy buildings in the Central Business District could be had for as little as $125/sf.  Now one of our crown jewels is selling for about $350/sf.  That’s progress.  Problem is, we have a long way to go.

Today, given historically high construction costs, a trophy tower costs about $600-$650/sf to develop.  Thus, even as it sets a new sales price record, BNY Mellon will trade at only about 54% of replacement cost.  And that, in a nutshell, explains why no one (other than Comcast) has been building new office towers in Philadelphia outside of tax advantaged zones.  In fact, except for Comcast Tower and Bell Atlantic Tower (which was really a sale/leaseback), no one has made money selling a new office building in Center City in over 30 years.  Why build a new trophy tower when you can buy an existing one for half the price?

Why Are Sales Prices Below Replacement Cost? It’s All About the Rents.

Trophy tower rents in Center City Philadelphia are now in the mid to high $30s/sf gross and, in a few cases, $40/sf gross.  The record setting price for BNY Mellon Center reflects these historically high rents as well as very little vacancy.  Unfortunately, the rents are not nearly high enough to justify new construction.  The Science Center in University City, which is successfully developing Class A office buildings, is seeking (and getting) $40+ NNN rents (close to $50 gross equivalents).   Tenants are paying a premium for proximity to the health systems and academic institutions.  High rise trophy towers, which are considerably more expensive to develop, will require low to mid $50s NNN rents (close to $60 gross rents) to justify development. That’s a far cry from even the high end of the market today.  Thus, until underlying rents reach “replacement cost rents”, sales prices will not reach replacement cost prices.

Given the large disparity between where “market” rents are today and what they need to be to justify new construction, what can be done to bridge the gap? Clearly our office stock is aging and, if we want to be viewed as a Class A city, we need to make sure that our building inventory is competitive with what our peer cities are offering.  Boston, Washington, D.C., Chicago, New York and San Francisco are all dotted with new office building developments because their existing trophy towers are commanding rents at or above replacement cost rents.   Paying $60-$80 rents for a shiny, new trophy building isn’t that much of a premium (if at all) for tenants in those markets.  So how do we catch up with those other cities?

Perhaps the best way to see a path forward is to review what happened the last time Philadelphia experienced a commercial office building boom.

Almost all our trophy towers were built in the late 1980s and early 1990s.  Market rents at that time weren’t at replacement cost levels either. So how were these buildings justified?

First, there was a tremendous gap between the quality of the existing buildings (i.e., Center Square, 123 South Broad Street etc.) and what the new trophy towers offered (One Liberty Place, Mellon Bank Center and Bell Atlantic Tower).  Many of the existing office buildings were getting low to mid $20 rents. The new trophy towers required low to mid $30 rents back then.  While that was a meaningful premium, tenants felt it was justified by the huge upgrade in building quality.    Today, however, the quality spread between existing office product and new trophy towers has been lessened as many of the Class A- and Class A buildings have recently invested millions of dollars in their lobbies and building systems, and added major tenant amenity spaces like outdoor decks, conference and fitness centers and lounges.  To justify a $20 premium today, Tenants will need to be convinced that what is being offered in the new trophy towers is materially better than what is otherwise available.

A second factor that helped spawn the development boom in the late 1980s and early 1990s was the law firm phenomenon.  By far, the largest users of office space back then were law firms.  The good news for developers was that our largest law firms were natural anchors for new buildings AND they were very competitive with each other. Thus, when Morgan Lewis committed to moving to One Logan, that set off a stampede of other top law firms looking to keep up.  Ballard and Dilworth signed up for Mellon Bank Center, Dechert moved to Bell Atlantic Tower (now Three Logan), Duane Morris went to One Liberty, and Pepper Hamilton went to Two Logan.  Today most of our largest law firms are taking a lot less space than they were 30 years ago.  In addition, many of these are Am Law 100 and 200 firms who are keenly focused on profits per partner.  As a result, they will be hard pressed to justify significant rent premiums unless they come with the required return on investment.

Finally, the developers during the last big building boom benefitted from a less stringent lending environment and, as a result, they could get very creative with their deal structures.  “Hockey stick” rent structures enabled the older law firm partners (who were typically driving the real estate decisions) to secure artificially low starting rents with significant rent bumps occurring down the road.  Because law firms operate on a cash basis and do not “straight line” or “GAAP” their rents, these structures helped smooth the cost of transitioning into the more expensive buildings. Today, however, these creative structures wouldn’t work for many lenders or for corporate tenants under today’s accounting rules.

What Needs to Happen?

Given that we cannot rely on the factors that made our last office boom possible, what can we do to stimulate the new construction we so desperately need?  Our savior may be necessity. The fact is, there are not many places to put a large, high-end tenant today.  A tenant looking for 200,000 sf of high-end space now has limited choices.  If they really want something nice and more modern, they may need someone to build it for them.  Another catalyst for development may be the Keystone Opportunity Zones and the federal Opportunity Zones created by the new Tax Act. The tax incentives created by these zones can help defray and, in some cases, more than offset the cost premiums of new construction. Unfortunately, this won’t help our Central Business District as the most viable zones are in University City, the Navy Yard and North Broad Street.

Ultimately our best hope is probably to attract companies from other cities who are used to paying $60 rents.  Once well recognized companies show that it’s okay to pay these rents in Philadelphia, other companies may feel more comfortable paying them too.  Attracting new companies to the City and increasing demand for office buildings is the key to creating a truly healthy real estate market that can justify and sustain new development.  Ideally, we will attract more corporate headquarters here like Comcast.  When large corporations establish their headquarters, they are often more willing to pay a premium to make a statement and enhance their brand than when they are simply opening an outpost or regional office.  The Conrails, Cignas, Mellon Banks and Bell Atlantics who helped anchor our last building boom are now gone or much reduced in size. If we want to build the next generation of office towers, we need to replace these players with some new faces.

The pending sale of BNY Mellon Center is good news for Philadelphia and surely a sign that things are looking up.  However, the sale also highlights that we have a long way to go if we want to change our skyline and keep up with our peer cities.  We cannot rely on the factors that catalyzed our last office building boom 30 years ago.  To get where we want to go today, we’ll need to get creative.

This article was published in the Philadelphia Business Journal on February 11, 2019