Reports of the Death of the Office Are Greatly Exaggerated 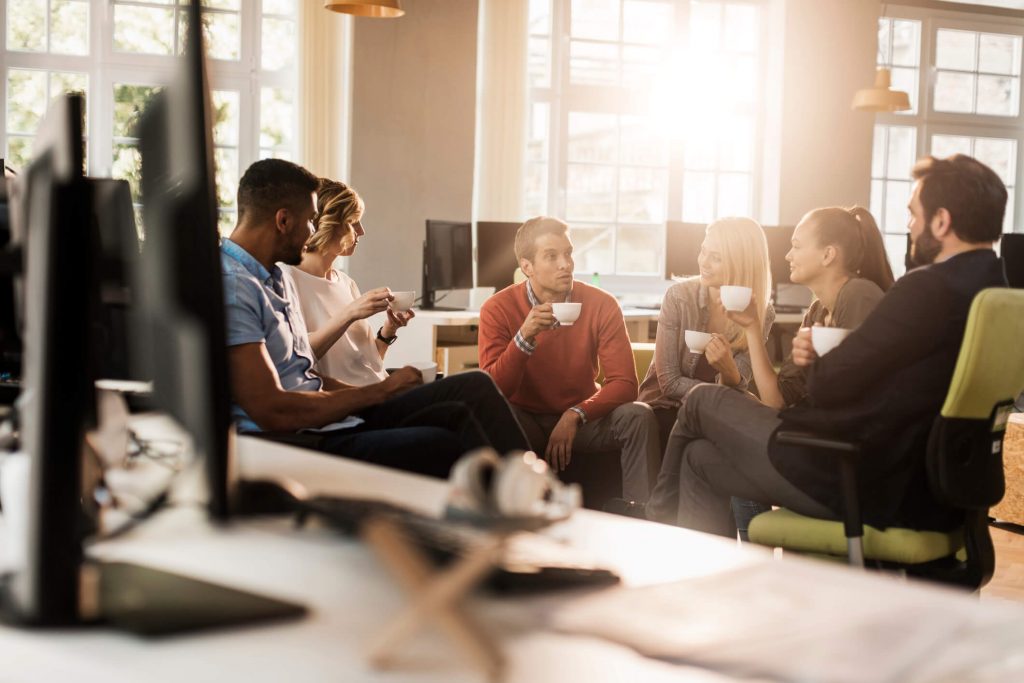 The relative success with which many companies have transitioned into virtual workplaces during this pandemic has many predicting the death of office space. This couldn’t be further from the truth.  In fact, without the critical time spent together in the office developing important personal relationships and unifying corporate cultures, many companies would not be able to survive this new, remote experiment.

There is no doubt that remote working is here to stay and will be a much larger part of our working habits going forward.  There is also no doubt that companies will be consuming less office space than they did before and that rents will gradually start to come down as a result.  However, if the last three months have taught us anything, it is how important a strong foundation is to surviving hardships.

Let’s say a couple is together for 10 years and then, because of work, one partner is forced to move away for six months.  If they make it through this physical separation, does that mean that they don’t really need to be together in the same location anymore and that a remote relationship is just as fulfilling?  No.  The fact that they even survived the six-month separation is probably due to the strong foundation they built by living together for the 10 years prior and the expectation that they will eventually be together again. The same will hold true for companies.  To look only at how well companies are doing with remote working over the past three months independent of the foundations built in the years prior would be foolish.

While many companies are surviving during COVID-19, how many outside of essential, life sustaining businesses like supermarkets, personal protective equipment companies and liquor stores are thriving?  It’s one thing for an established company to maintain the status quo or even hold it together during this pandemic, it’s another thing to build a company from scratch or aggressively grow a company in a totally remote work environment.  Ask the founder of any successful company whether they would have been able to survive nonetheless achieve their ultimate success without the daily interactions, collaboration and team spirit that was first cultivated in their garage or offices and most will tell you “no way.”  Even if it were possible, would the experience of building a company have been the same if the people weren’t in the same place high fiving each other with each new account or product launch?

Only after a company has built a strong foundation and their employees have established important relationships with their co-workers, can it afford the luxury of remote work arrangements.  Jack Dorsey, the CEO of Twitter, recently announced that they will allow all their employees to work remotely for the indefinite future.  Twitter now has close to 5,000 employees and does almost $3.5Billion in annual revenues.  Would they have ever gotten to these numbers as a completely virtual company from day one?  Probably not.  The same goes for Microsoft, Google, Apple and almost every other company. In each case, their office culture was essential to their financial success and defining who they are as a company.

There is a lot to like about working from home and the flexibility it provides us. However, before we become too enamored with this experience, which is shiny and new to many of us, we should remember that, not too long ago, work from homers lead a work revolution.  Immediately prior to the pandemic, over 3 million people worked from over 19,000 coworking locations worldwide. The coworking industry sprung up in 2005 because thousands of people became tired of working in isolation from their homes. They were attracted to the community and ecosystems that coworking offered and was lacking at home.  The recent financial hardships of WeWork well documented in the news and the struggles of most co-working companies resulting from the Coronavirus do not detract from the important need this industry filled. Remote working has a place in our work future and is a nice supplement to other working arrangements. But as an exclusive, long-term condition, it is probably not the panacea many of us currently believe it to be.  Been there, done that.

COVID-19 has forced most of us to leave the office and work from home.  Despite children in the background and a lack of preparation, this arrangement seems to be working.  However, before we become too enamored of this new work paradigm, we should appreciate that its relative success is due only to the strong foundations that were built in the office prior to the pandemic.  The relationships between a company and its employees or among coworkers are no different than the personal relationships we cherish in our lives.  While they may survive periods of separation, they only thrive if there are meaningful periods of time spent together.  Yes, the way we work has probably changed forever. However, we will still need office space to be successful and fulfilled. See you at the water cooler.

This article was published in the Philadelphia Business Journal on June 2, 2020